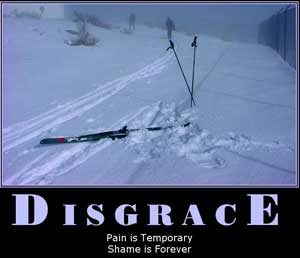 Well the baseball writers never fail to let me down. These idiots looked at two stats, and two stats alone. HR’s and RBI. Those are the only two statistical categories that Howard led Pujols in. That’s all. I’ve already spelled out the case for Pujols, and just for grins, I’ll hit the highlights.

First and foremost, Howard’s team didn’t make the playoffs. Pujols batted 18 points higher than Howard, and with runners in scoring position, it wasn’t even close. As ESPN’s Rob Neyer put it, "the empirical evidence pointed towards Pujols". I can find you stat after stat that proves Pujols was more valuable to the Cardinals than Howard was to the Phillies, but as usual, (when Bonds was beating out Pujols for MVP year after year) the writers couldn’t see past home runs and runs batted in. Writers seem to have forgotten the only reason Howard drove in more runs was because he had nearly 40 more chances. As I said before, with runners in scoring position and two outs Pujols’ average was nearly 200 points higher than Howard.

It’s not like these stats were hard to find. A simple ESPN comparison’s of the two players stats makes it abundantly clear which player was more valuable. The problem is, the 20 writers who voted for Howard obviously didn’t even bother to do that much research. Howard had an amazing season. However, the MVP award is not supposed to simply crown the player that hit the most home runs during the year. The 20 writers who placed Howard first on their ballot should lose their vote as they obviously didn’t do ANY research before voting. I may be a biased Cardinal fan, but I’ve got the numbers to back me up. I’d challenge any Phillie fan to prove me wrong.

The NL Cy Young will be awarded this afternoon. Of course I’m a bit biased but I think Carp will win his second Cy this year. While Brandon Webb of the Diamondbacks won one more game than Carpenter, Carpenter had a .01 ERA advantage and has the benefit of being the reigning Cy Young award winner. I’ve often said these awards are half about reputation any way and Carpenter wins in that department. And, despite my *slight* home town bias, I think you could make a fair case for either pitcher, so as long as one of those two win it, I’ll be happy.

That brings us to the NL MVP. Once again the Cardinals have the reigning champ in this award category. Albert Pujols and Ryan Howard are the top two choices for Most Valuable Player this year. Howard has the guady numbers on his site. He had 9 more home runs and 12 more RBI’s than Pujols. However, Pujols has an 18 point advantage in batting average, and if you look at the batting average with runners in scoring position, it’s not even close.

When you throw in the fact that Howard had only 9 more RBIs but 38 more chances than Pujols with runners in scoring position, and the debate is over. We’re not even considering the fact that Howard’s team didn’t make the playoffs, the Cardinals’ record without Pujols, or the fact that Pujols played Gold Glove defense. If the writers look at anything besides HR and RBI totals (read as, if the writers do any sort of due dilligence) this vote should be a runnaway. Howard certainly had a fantastic offensive year, but there is simply no way he should keep Pujols from repeating as NL MVP.

Brad Ausmus won the NL Gold Glove at cather? Are you serious? How do you not give the award to Yadier Molina?

Here’s a quick comparisson… Ausmus gave up 60 stolen bases and only caught 22% of attempted steals. 37 bases were stolen with Molina behind the plate and he cought nearly 44% of potential base stealers.

Molina did have two more errors, and 6 more pass balls but he also had 17 more assists than Ausmus and its simply asinine to ignore the 12 extra runners Yadier picked off, not to mention many more who simply didn’t dare to run on him (Ausmus had 77 runners attempt to steal on him compared to Molina’s 66).

This is a travesty. Between this, and Buck ONeal not making the Hall of Fame this year, the baseball’s voters have lost their fool minds.

Congrats to Albert Pujols who won his first (of hopefully many) gold glove awards. I don’t mean to diminish Pujols’ accomplishments but I can’t believe they robbed Yadi like this.